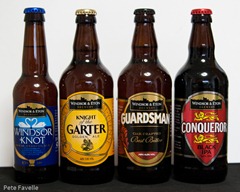 This evening’s beer is from the Windsor & Eton Brewery, another of the ‘new order’ of London breweries. Founded just last year, they have an impressive list of pubs to the south and west of London (and plenty, of course, in Windsor, and Eton) carrying their beer on tap. I’ve had to make do with their bottled offerings, but the beers don’t seem to suffer for that! 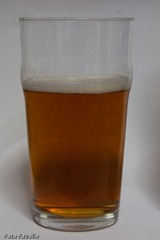 Starting with their Windsor Knot, a 4.5% ale specially created for the Royal Wedding, but happily I’m told they’re still brewing it for cask, and are considering further bottlings. It has a thin but fine bubbled head, and a light amber colour. The nose is sweet, with lots of floral hops. In the mouth, there’s an almost champagne-like mouthfeel with buckets of fine bubbles; a great range of flavours coming from the generous hopping, with both bitterness and a delicious, raw green hop, citrus lime tang. There’s sweetness there, but without much in the way of malt. It’s a well balanced, refreshing summer beer – it’s perhaps telling that the last thing in my tasting notes is “too small!” – coming in a 330ml bottle, unlike the 500ml bottles for the rest of the range. 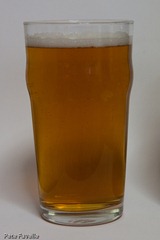 Next up is Knight of the Garter, less strong at 3.8%. A paler, golden syrup colour with another fine but shorter lived head. The nose is floral and hoppy again, but more subtle than the Windsor Knot. A nice body in the mouth, hoppy and slightly sweet. A great example of a golden ale, with lingering hoppy bitterness. It’s not normally my style – I like my beer darker – but it goes down nicely on those hot summer evenings. 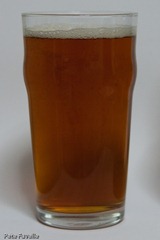 For our third beer, we have Guardsman Best Bitter, a traditional best bitter coming in at 4.2%. Another short head, and a copper colour in the glass. A simpler hop nose, without all the citrusy notes of the first two beers, and distinct toasted malt too. Sweeter, with the malt, almost caramel flavours coming through and a more heavy hitting – but still controlled – hop bitterness in evidence. There’s a tang of something else that I can’t quite put my finger on – some sort of spice perhaps? There’s nothing particularly outstanding about this one, but it’s a good, tasty session beer. 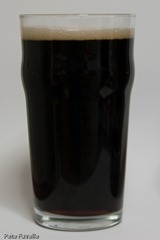 And finally, Conqueror Black IPA at 5.0%. Now, Black IPAs are all the rage these days; every brewery seems to be jumping on the bandwagon. I have to admit to being a bit of a grumpy old man about this, but what exactly does the ‘P’ in IPA stand for? Pale, for heavens’ sake! The idea of a black, pale ale is absurd. Surely we can come up with a better name for it than Black IPA?

Ok, rant over. Despite my issues with the name, I’m forced to admit this is a pretty fantastic beer. A thin head, as black in the glass as the name suggests. A rich, dark wood nose that reminds me of the smell of wooden indian furniture! In the mouth, it’s rich, not quite chocolate, with a deep roasted bitterness without being sickly sweet. There are hints of dark dried fruits, a coffee bitterness in the tail and still those woody hints. Delicious, very, very drinkable and my favourite of the bunch.

Overall, it’s a great collection of seriously tasty beer, and it’s a brewery I shall certainly make an effort to track down on tap.