The Compass Brewery is a small, relatively new outfit based in Oxfordshire with a small but interesting range of bottled beer. They don’t appear to bottle condition (based largely on the lack of yeast – the labels are rather unclear on the matter) but we won’t hold that against them until we taste the results! 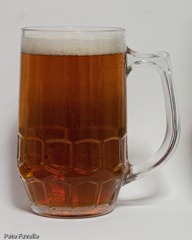 First up is Isis Pale Ale, a 4.9% relatively dark ‘pale’ ale. It pours with a fine and generous head that fades quite rapidly and with quite a rich amber colour. There’s a floral nose, with sweet honey and those are carried on in the flavour, along with richer dried fruit notes and quite a kick of lingering bitterness. The bubbles give a nice mouthfeel without being over fizzy; it’s almost a very drinkable session beer but that bitterness is just a touch too much for my taste. 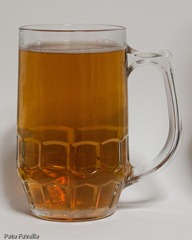 Next, The King’s Shipment IPA, a strong beer at 6% and distinctly paler in the glass than the Isis. It has a shorter lived, more open head that quickly fades to nothing. There are some hops on the nose but also very sweet, fruity syrup notes. The strength is noticeable on tasting, and that sweet maltiness from the smell continues in the taste, with a subtle bitterness at the end that manages to stop it from getting too sickly sticky sweet. It doesn’t have the hopped punch I expect from an IPA; it’s a perfectly acceptable pint but it’s not exciting me. 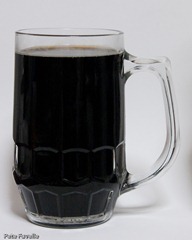 Lastly is Baltic Night Stout, at 4.8%. Pour deep, dark coke-like brown with no real head. The immediate smell from opening the bottle is of dark chocolate, shifting to more of a roasted coffee once it’s poured. The chocolate start reappears on tasting, and starts out quite nicely but soon fades into a fairly unremarkable, sharply burnt bitterness. Unlike the other beers there is no real sweetness to it, and considering it’s a stout, has a very light, weak body. I normally prefer darker beers but I have to confess I’m disappointed.

Overall, I’m not blown away by any of these beers; they all seem to be slightly out of balance to me, the Pale Ale – for me the winner of the bunch – with slightly uncontrolled bitterness, the IPA lacking hops and the Stout lacking body. There’s nothing actively wrong with at least the first two, but I wouldn’t seek them out above other beers.